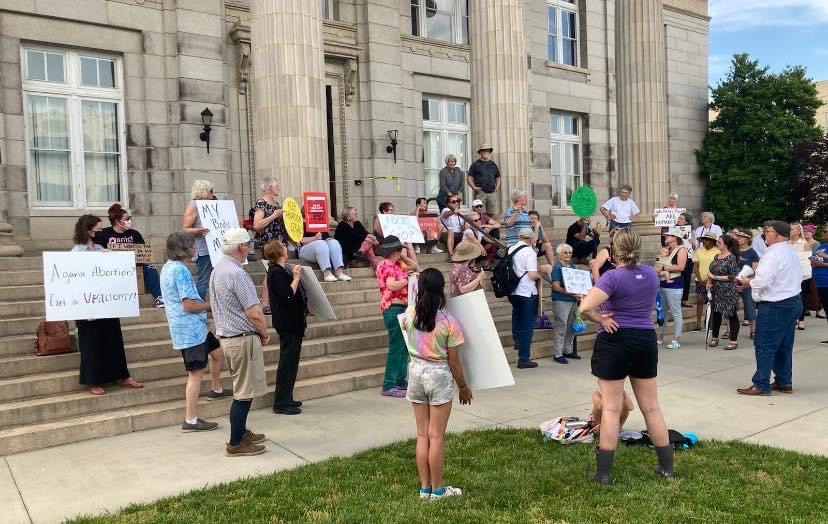 There are consequences to elections. Pat Bullard spoke from her heart before the leaked draft from the Supreme Court that indicates the reversal and end of Roe vs. Wade and a womens’ right to choose. Pat tackles a sensitive topic in Rowan County, reminding us that “Pro-choice is not the same as pro-abortion, merely denoting the individual has her choice to make.”

Leonard Pitts writes about the difficult decision of abortion. There have been abortions as long as there have been unwanted pregnancies, and females are the ones bearing that burden.

Pro-choice is not the same as pro-abortion, merely denoting the individual has her choice to make. All individuals and religious groups do not agree on the issue of abortion. Some religions do not believe life begins until birth. There are many religious groups that are pro-choice. Even the Catholic Church was not always against abortion. Many are part of an organization called the Religious Coalition for Reproductive Choice. Their social statements all boil down to being “prayerfully pro-choice.”

A majority of the females who are being hurt by the anti-abortion measures being enacted in states are low income and they cannot afford another mouth to feed or afford to go someplace else to get an abortion. Most of the anti-abortion forces are also against birth control and they certainly do not support any efforts to help raise, or feed, or educate,  the child.

Pitts points to a young woman who was arrested under the ultra strict Texas law after she may have suffered a miscarriage.   His question is who will be next. Consider how it would be to walk in that other person’s shoes. I knew a family before Roe v. Wade when birth control was lacking and the married mother of six children became pregnant again. Knowing the family was already stretched beyond its means, she turned to a back alley abortion and died. The young family lost their mother.  Abortion is health care and must remain safe and legal.

Would I have chosen an abortion when I was younger? I don’t know, but all females should have the choice  to make depending on her situation. No, it is not murder. Interestingly, the male perpetrator of the unwanted pregnancy gets to walk away scot free.

I grew up in a strong Lutheran family, graduated from Lenoir Rhyne College, a Lutheran school, and  was a social worker for many years, and I will always be prayerfully pro-choice.