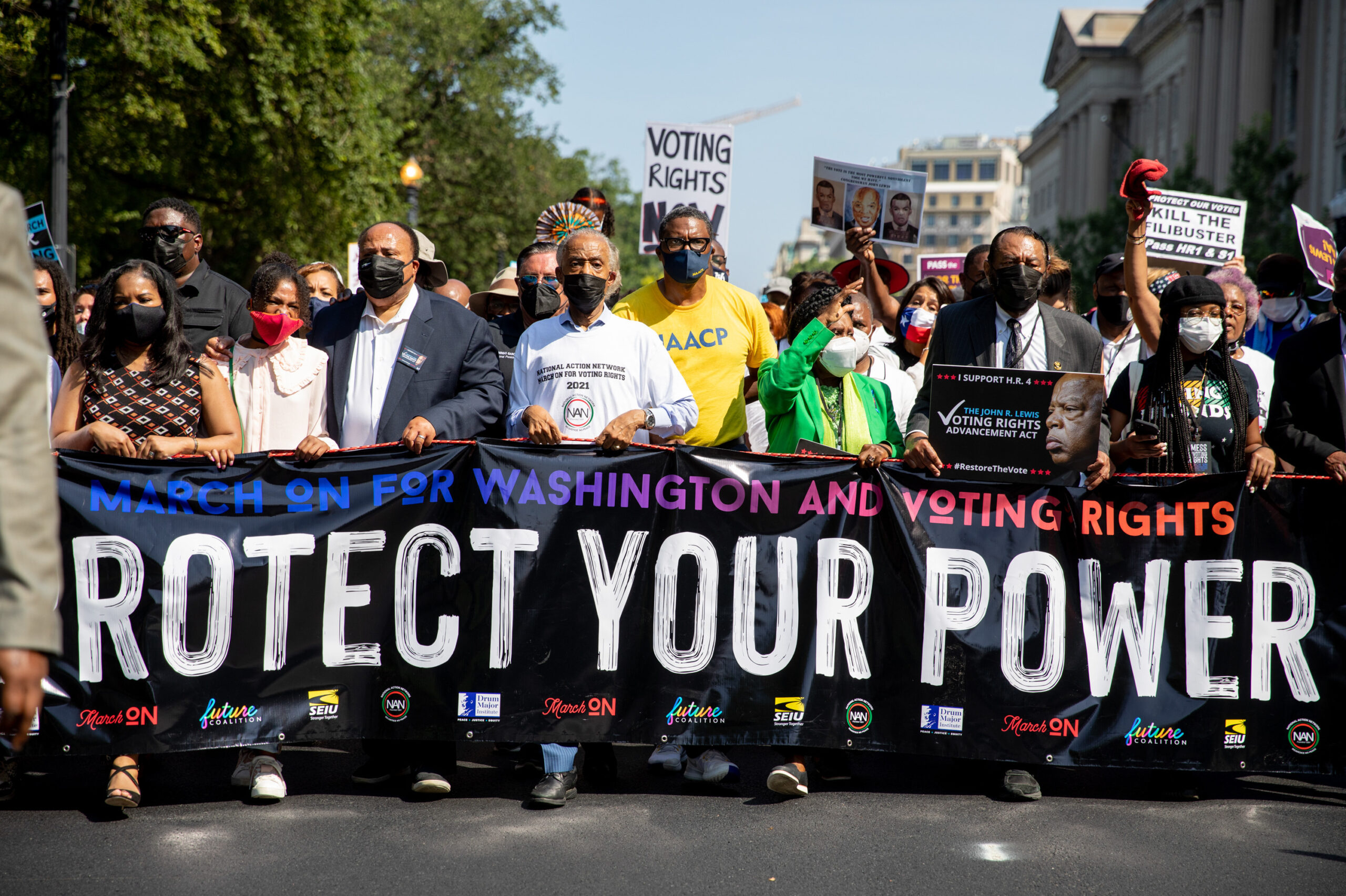 In addition to the recently released draft from the Supreme Court indicating an end to Roe vs.Wade, let’s not forget other rulings from SCOTUS that have the power to change voting rights and democracy in our United States. We share Evelyn Uddin-Khan’s words about the reach of the Supreme Court and their majority decision to uphold Arizona’s voting restrictions. Evelyn states, “…Your decision on the Voting Rights Act is going to discriminate against Black and Brown people, disfranchise them, and send them back to Jim Crow.” Evelyn is not alone in her concern about this ruling and its impact on the midterms. For example, Sherrilyn Ifill, president and director-counsel of the NAACP Legal Defense and Educational Fund, said on Twitter: “We are fighting against the most concerted state-based effort to undermine Black voting strength since the Civil Rights Mvmt. And in that context, the Supreme Court has again, & w/abandon, shredded a core provision of the Voting Rights Act.”

Dear Supreme Court of the United States of America: You have shown your true colors. You plainly and clearly do not like Black and Brown people. You Like White.

Your decision on the Voting Rights Act is going to discriminate against Black and Brown people, disfranchise them, and send them back to Jim Crow.

It is shocking to realize that the Supreme Court has sunk so low, is so unfair, and plainly prejudiced against minorities.

We have politicians (with the Supreme Court’s help) redrawing voting and district lines, gerrymandering, challenging early votes, and these politicians have moved to throw out the votes of dark voters who show up to vote. Every dark voter is a suspect.

Counselors of the Supreme Court, there is a difference between qualified in the law and upholding the law fairly, without prejudice. Plainly, your legal decisions are biased against women, minorities (Black & Brown). Do your own political prejudices determine your decisions?

It is clear that recent decisions made by the Supreme Court are not beneficial for all the people of the United States.

The Voting Rights Act that you just tampered with is one such decision in which the majority clearly showed their prejudice and preference for the political party that put them in power. That is wrong! Politics and prejudice have no place in the Supreme Court.

Have you noticed how some politicians who pay obeisance to president #45 (who put some of you in your high chairs) are staunch supporters of Putin and communism?

Just think of this: If the people you are protecting – the American Putins – should turn this country into a communist regime you won’t be needed. Commuist regimes don’t need Supreme Courts.

Be careful what you protect.

Save the Voting Rights Act. Save democracy. Save the Black and Brown votes. Save your jobs!

Above all, save the integrity, respect and fairness of the Supreme Court.