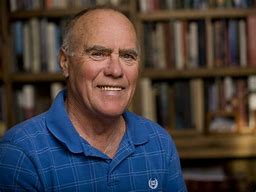 Listen and learn. It’s a hard thing to do these days. Roger Barbee reminds us of the importance to be aware of those values we cherish as Americans, “Listen to and read opposing views-which is difficult, but necessary.” Step up —  all of us!

Not long ago on one of the many television shows aimed to keep any viewer up to date with the latest news, I heard Reverend Al Sharpton say something like this: 9/11 was not an attack against Baptists, lesbians, Jews, southerners, liberals, or whatever—it was an attack against Americans.

Our country is in turmoil and faces many problems. We have repeated mass shootings, we rage in a furious debate over abortion, and we seem to think that the one who shouts theloudest will win. We use vulgar language to address or describe anyone with whom we disagree. We show little or no respect for our institutions. We stay “connected” to our gadgets thinking that will make us more intelligent. We lie if the lie serves our purpose. And more!

The only way I see for us to repair our country is to, first, re-introduce civility into our political life. All of us must first rid ourselves of the vulgar and listen twice, speak once. Obey our own laws. When explaining our beliefs, each of us should use facts, not wishes. Listen to and read opposing views-which is difficult, but necessary. Learn our country’s history by reading and studying it-all of it, not some white-washed edition. Be skeptical of every written and spoken word so that your skepticism drives you to explore on your own. Be informed. Be polite. After all, that other person is also an American who thinks she is correct.

Violence in any form against another American will rip not repair.